I’ve decided to release my PhD.  It’s available through Minerva:

Thrilled to be in such great company in this special edition of the Animal Studies Journal on Dairy.  My paper discusses my current research and work in progress ‘bloodlines’.  Download a copy. 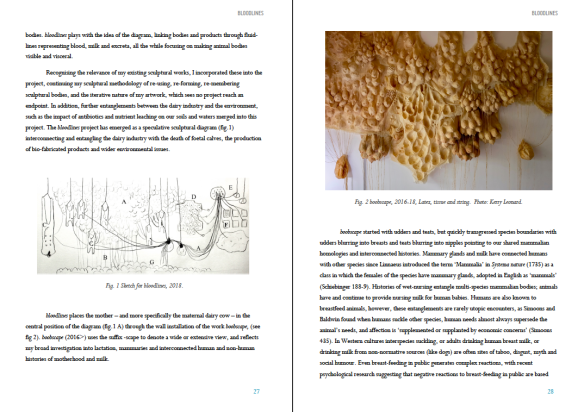 A short artist profile on my work  ‘Skin and flesh’ features in Matter Matters: Surfaces, Antennae The Journal of Nature in Visual Culture, issue no. 43.   Here’s some screen shots – the article can be freely downloaded here http://www.antennae.org.uk/ 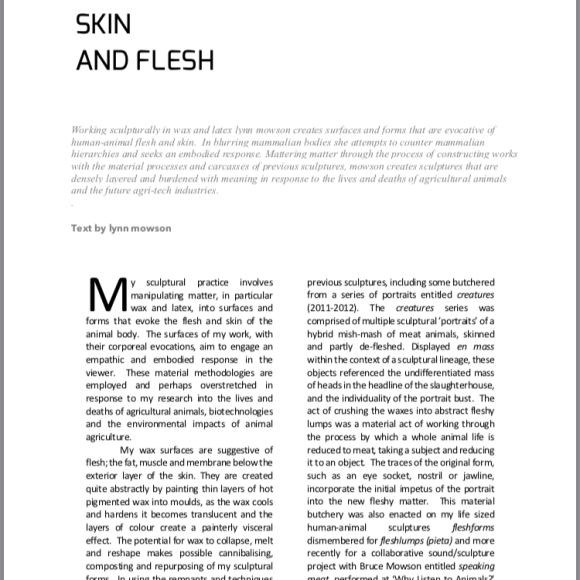 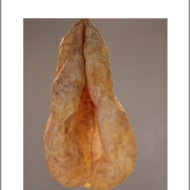 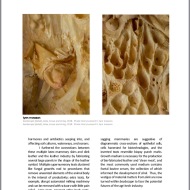 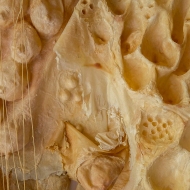 My new work is focusing on the relationships between the dairy industry (boobscape), the collection of ‘co-products’ such as foetal-bovine serum, placental tissues, slink leather from foetal bodies (slink), the demand of these foetal tissue and blood products in cellular technology in particular in-vitro meat and bio-fabricated leather.  Using my pre-existing sculptures, and new forms, I will trace the connections between these industries, as well as continue my focus on the broader environmental impact of the dairy industry, in particular the leaching of excess nutrients into the waterways/water table.

Just started work on re-purposing some existing sculptures.  Using the skins from boobscape – inverting breasts and teats, to create some small wall sculptures for the Vulva Project, curated by artist Rebeka Axon.  It’s an interesting process, and very much a homage to those feminist precursors – it’s been almost 30 years since I first started teaching visual art / art history – and I remember the difficulties (pre-internet) of finding and incorporating the ‘cunt art’ of the 1970s such as the amazing Hannah Wilke’s – S.O.S. – Starification Object Series. 1974-82, and of course Judy Chicago’s Dinner Party.

Using the skins from these works, for me, brings the material meanings of slink and boobscape into this work, and further entangles those maternal material bodies.

Really pleased that Carol J Adams has included my work slink and an extended artist statement in the Bloomsbury Press reissue of Neither Man nor Beast.

Carol J Adams: “Very excited that a new edition of my 1995 book, “Neither Man nor Beast: Feminism and the Defense of Animals” is now available from Bloomsbury Revelations. “Neither Man nor Beast” expanded on the ideas in my 1990 book, “The Sexual Politics of Meat.” It considers animal experimentation, the abuse of animals as a part of sexual and domestic violence, ecofeminism and the eating of animals, and a discussion of racism, white privilege and animal activism, as well as feminist theological reflections. It was my second book, and the first one to include work by feminist artists, which I continue to include in my books. For this new edition, I have added the work of more feminist artists: Lynn V Mowson, Sunaura Taylor, Nava Atlas, Yvette Watt Ⓥ, and Susan Kae Grant. I have also included a portrait of me by Kyle Tafoya, and a photo of a poster carried by Amanda Houdeschell at the Women’s March in Cleveland in January 2017. I am so honored that they are a part of this book!”